Zoom is Now Worth More Than the World's 7 Biggest Airlines

Zoom Is Now Worth More Than The 7 Biggest Airlines

Amid the COVID-19 pandemic, many people have transitioned to working—and socializing—from home. If these trends become the new normal, certain companies may be in for a big payoff.

Popular video conferencing company, Zoom Communications, is a prime example of an organization benefiting from this transition. Today’s graphic, inspired by Lennart Dobravsky at Lufthansa Innovation Hub, is a dramatic look at how much Zoom’s valuation has shot up during this unusual period in history.

The Zoom Boom, in Perspective

As of May 15, 2020, Zoom’s market capitalization has skyrocketed to $48.8 billion, despite posting revenues of only $623 million over the past year.

What separates Zoom from its competition, and what’s led to the app’s massive surge in mainstream business culture?

Industry analysts say that business users have been drawn to the app because of its easy-to-use interface and user experience, as well as the ability to support up to 100 participants at a time. The app has also blown up among educators for use in online learning, after CEO Eric Yuan took extra steps to ensure K-12 schools could use the platform for free.

Zoom meeting participants have skyrocketed in past months, going from 10 million in December 2019 to a whopping 300 million as of April 2020. The airline industry has been on the opposite end of fortune, suffering an unprecedented plummet in demand as international restrictions have shuttered airports:

The world’s top airlines by revenue have fallen in total value by 62% since the end of January:

Source: YCharts. All market capitalizations listed as of May 15, 2020.

With countries scrambling to contain the spread of COVID-19, many airlines have cut travel capacity, laid off workers, and chopped executive pay to try and stay afloat.

If and when regular air travel will return remains a major question mark, and even patient investors such as Warren Buffett have pulled out from airline stocks.

The world has changed for the airlines. The future is much less clear to me about how the business will turn out.

What Does the Future Hold?

Zoom’s recent success is a product of its circumstances, but will it last? That’s a question on the mind of many investors and pundits ahead of the company’s Q1 results to be released in June.

It hasn’t been all smooth-sailing for the company—a spate of “Zoom Bombing” incidents, where uninvited people hijacked meetings, brought the app’s security measures under scrutiny. However, the company remained resilient, swiftly providing support to combat the problem.

Meanwhile, as many parts of the world begin taking measures to restart economic activity, airlines could see a cautious return to the skies—although any such recovery will surely be a “slow, long ascent”.

How Many People Die Each Day? 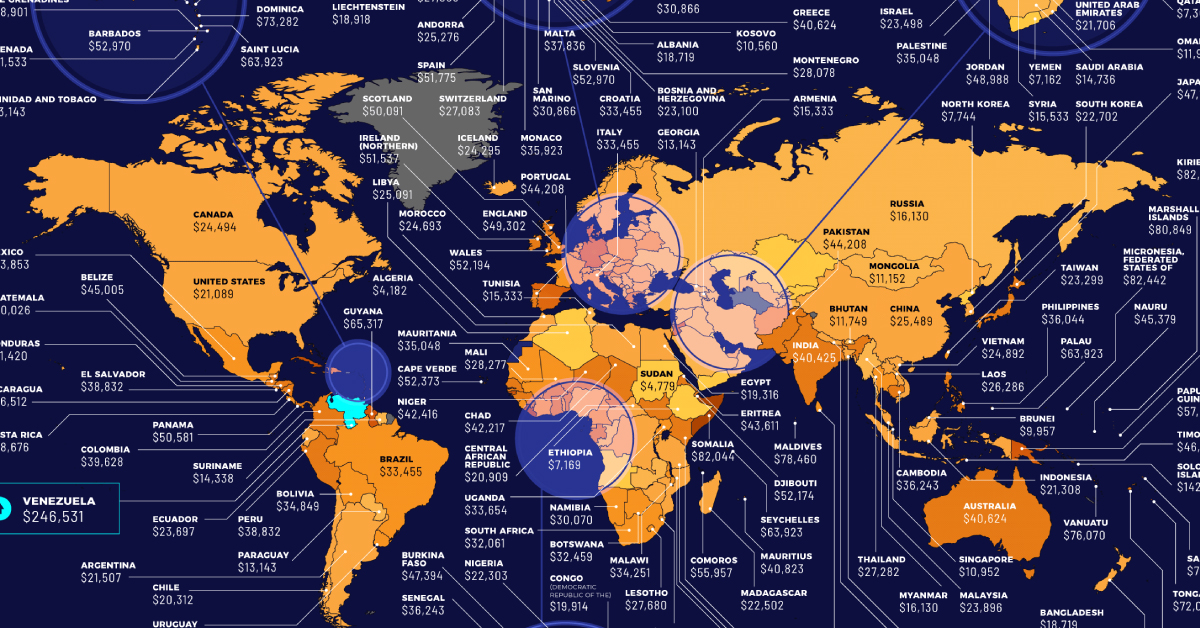 This animation shows the evolution of web browser market share since 1994, showing the rise and fall of various internet portals. In its early stages, the internet was a highly technical interface that most people had difficulty navigating. But that all changed when the Mosaic web browser entered the scene in 1993.

Mosaic was one of the first “user-friendly” internet portals—although by today’s standards, the browser was actually quite difficult to access. Comparatively, modern browsers in high use today have changed exponentially.

This animated graphic by James Eagle chronicles the evolution of the web browser market, showing the rise and fall of various internet portals from January 1994 to March 2022.

The 1990s: From Mosaic to Netscape

In the early 90s, Mosaic was by far the most dominant web browser. At the time, about 97% of all internet searches were done through this popular web portal.

Mosaic was the first web browser to display images directly on a page in line with text. Earlier browsers loaded pictures as separate files, which meant users have to click, download, and open a new file in order to view them.

Netscape was essentially a new and improved version of Mosaic, but since the University of Illinois owned the rights to Mosaic, Andreessen’s new company couldn’t actually use any of the original code.

Netscape became a nearly instant success, and as a result, Mosaic’s market share began to fall. By the late 90s, Netscape had captured 89% of the web browser market.

Netscape dominated the market for a few more years. However, in the new millennium, a new tech giant started to take over—Internet Explorer.

The 2000s: Internet Explorer Enters the Chat, Followed by Firefox

In 1995, Microsoft launched Internet Explorer as part of an add-on package for its operating system, Microsoft Windows 95.

Given the popularity of the Windows franchise at the time, Internet Explorer was quickly adopted. By the early 2000s, it had captured over 90% of the market, reflecting Microsoft’s hold on the personal computing market.

Netscape was mostly phased out of the market by then, which meant Internet Explorer didn’t have much competition until Mozilla entered the arena.

Founded by members of Netscape, Mozilla began in 1998 as a project for fostering innovation in the web browser market. They shared Netscape’s source code with the public, and over time built a community of programmers around the world that helped make the product even better.

By 2004, Mozilla launched Firefox, and by 2006, the free, open-source browser had captured nearly 30% of the market. Firefox and Internet Explorer battled it out for a few more years, but by the mid-2010s, both browsers started to get leapfrogged by Google Chrome.

Present Day: Google Chrome is King of the Web Browsers

When Google’s co-founders Larry Page and Sergey Brin pitched the idea of starting a Google web browser to CEO Larry Schmidt in 2003, he was worried that they couldn’t keep up with the fierce competition. Eventually, the co-founders convinced Schmidt, and in 2008, Google Chrome was released to the public.

One of Chrome’s distinguishing features was (and still is) the fact that each tab operated separately. This meant that if one tab froze, it wouldn’t stall or crash the others, at the cost of higher memory and CPU usage.

By 2013, Chrome had swallowed up half the market. And with Android emerging as the most popular mobile OS on the global market, there were even more Chrome installations (and of course, searches on Google) as a result.

Notes on Data and Methodology

It’s important to note that the dataset in this animation uses visitor log files from web development site and resource W3Schools from 1999 onwards. Despite getting more than 60 million monthly visits, its userbase is likely slanted towards PC over mobile users.

Further, though Google’s Android platform has a sizable lead over Apple’s iOS in the global mobile sector, this likely slant also impacts the representation of iOS and therefore Safari browsers in the animation and dataset.