Like spectacular market peaks, market crashes have been a persistent feature of the S&P 500 throughout time.

Still, the forces underpinning each rise and fall are often less clear. Take the COVID-19 crash, for example. Despite lagging economic growth and historic unemployment levels, the S&P 500 bounced back 47% in just five months, in a stunning reversal.

Drawing data from Macrotrends, the above infographic compares six historic market crashes—examining the length of their recoveries and the contextual factors influencing their durations.

How does the current COVID-19 crash of 2020 stack up against previous market crashes?

By far, the longest recovery of this list followed the devastation of Black Tuesday, while the shortest was Black Monday of 1987—where it took 19 months for the market to fully recover.

Let’s take a closer look at each market crash to navigate the economic climate at the time.

What were some factors that can help provide context into the crash?

Following Black Tuesday in 1929, the U.S. stock market took 7,256 days—equal to about 25 years—to fully recover from peak to peak. In response to the market crisis, a coalition of banks bought blocks of shares, but with negligible effects. In turn, investors fled the market.

Meanwhile, the Federal Reserve Board rose the discount lending rate to 6%. As a result, borrowing costs climbed for consumers, businesses, and the central banks themselves. The tightening of rates led to unintended consequences, with the economy capitulating into the Great Depression. Of course, factors that contributed to its prolonged recovery have been debated, but these are just a few of the actions that had implications at the time.

The Nixon Shock corresponded with a series of economic measures in response to high inflation. Soaring inflation devastated stocks, consuming real returns on capital. Around the same time, the oil embargo also occurred, with OPEC member countries halting oil exports to the U.S. and its allies, causing a severe spike in oil prices. It took seven years for the S&P 500 to return to its previous peak.

While the exact cause of the 1987 crash has been debated, key factors include both the advent of computerized trading systems and overvalued markets.

However, a number of well-known companies survived, including eBay and Amazon. At the time, Amazon’s stock price cratered from $107 to $11 while eBay lost 75% of its market value. Meanwhile, a number of Dot Com flops included Pets.com, WorldCom, and FreeInternet.com.

Relaxed credit policies, the proliferation of subprime mortgages, credit default swaps, and commercial mortgage-backed securities were all factors behind the market turmoil of 2007. As banks carved out risky loans packaged in opaque tranches of debt, risk in the market accelerated.

Similar to 1987, the Federal Reserve initiated a number of rescue actions. Interest rates were brought down to historical levels and $498 billion in bailouts were injected into the financial system. Crisis-related bailouts extended to Fannie Mae and Freddie Mac, the Troubled Asset Relief Program (TARP), the Federal Housing Administration, and others.

In 2020, historic fiscal stimulus measures along with trillions in Fed financing have factored heavily in its swift reversal. The result has been one of the steepest rallies in S&P 500 history.

At the same time, the economy is mirroring Great Depression-level unemployment numbers, reaching 14.7% in April 2020. In short, this starkly exposes the sharp disconnect between the markets and broader economy.

History offers many lessons, and in this case, a view into the shape of a post-coronavirus market recovery.

Although the stock market is likely rallying off Fed liquidity, investor optimism, and the promise of potential vaccines, it’s interesting to note that the trajectory of this crash in some ways resembles the initial rebound shown during the Great Depression—which means we may not be out of the woods quite yet.

As the S&P 500 edges 2% shy of its February peak, could the market post a hastened recovery—or is a protracted downturn in the cards?

From Bean to Brew: The Coffee Supply Chain 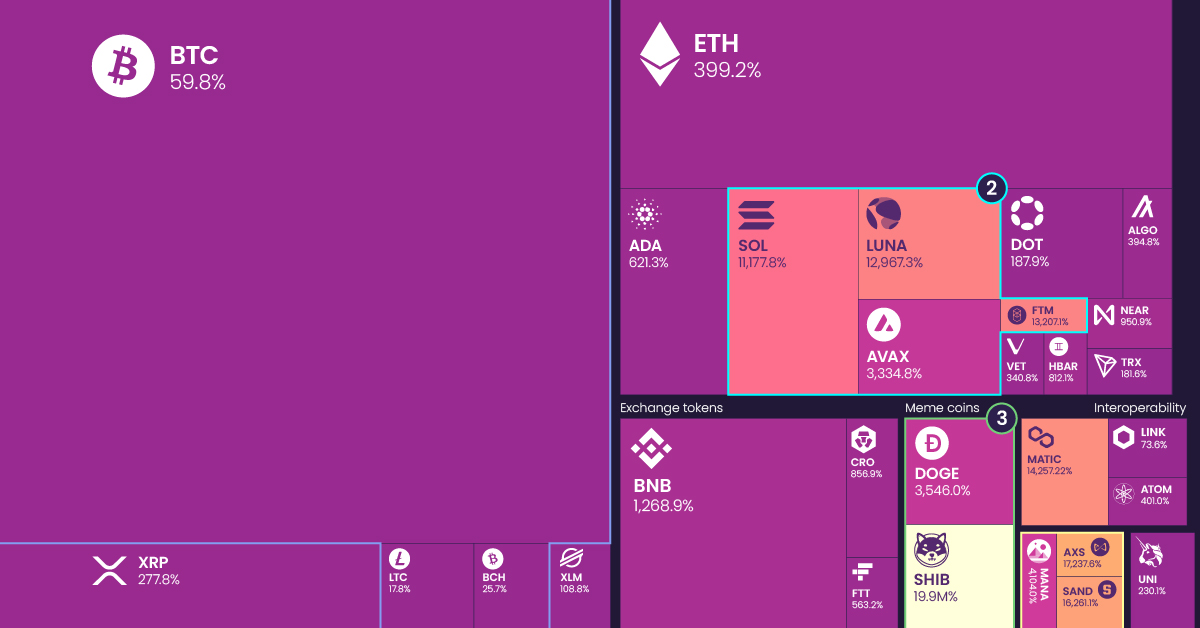