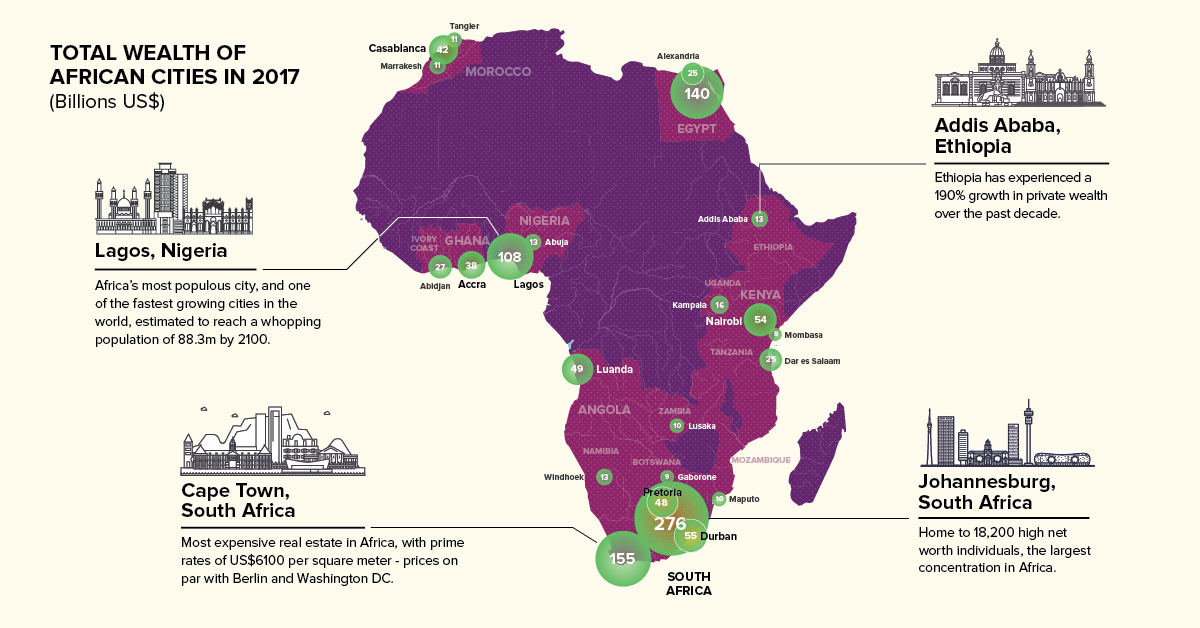 The economy in Africa is on the rise, and financial hubs are beginning to emerge.

While the resource-rich African continent has seen only 13% growth in total private wealth over the past 10 years, the 3% spike in the past year alone indicates the growth is just warming up. Africa will also be home to 13 out of the 20 of the world’s largest megacities by 2100.

In this week’s chart, we take a look at Africa’s wealthiest cities, courtesy of this recent 2018 report from New World Wealth and AfrAsia Bank.

While Africa has traditionally played a minor role in the world market, the continent is coming into its own as a hub for financial services and entrepreneurship.

Africa’s growing elite has added 19,000 millionaires over the past decade, with total private wealth totaling $2.3 trillion. These figures are predicted to increase by 34% over the next decade, reaching $3.1 trillion by the end of 2027.

2. Cape Town, South Africa ($155 billion)
One of South Africa’s three capital cities, Cape Town’s major sectors include real estate, financial services, retail, and tourism. Cape Town has the highest prime residential rates on the continent at US$6,100 per square meter, similar to cities such as Washington, D.C., or Berlin.

Here is a full ranking of the top 23 cities in Africa, based on New World Wealth’s data.

With a growth trajectory on the rise and renewed interest in African investment, what will Africa’s economy look like ten years from now?

What Your 401(k) Provider Doesn’t Want You to Know 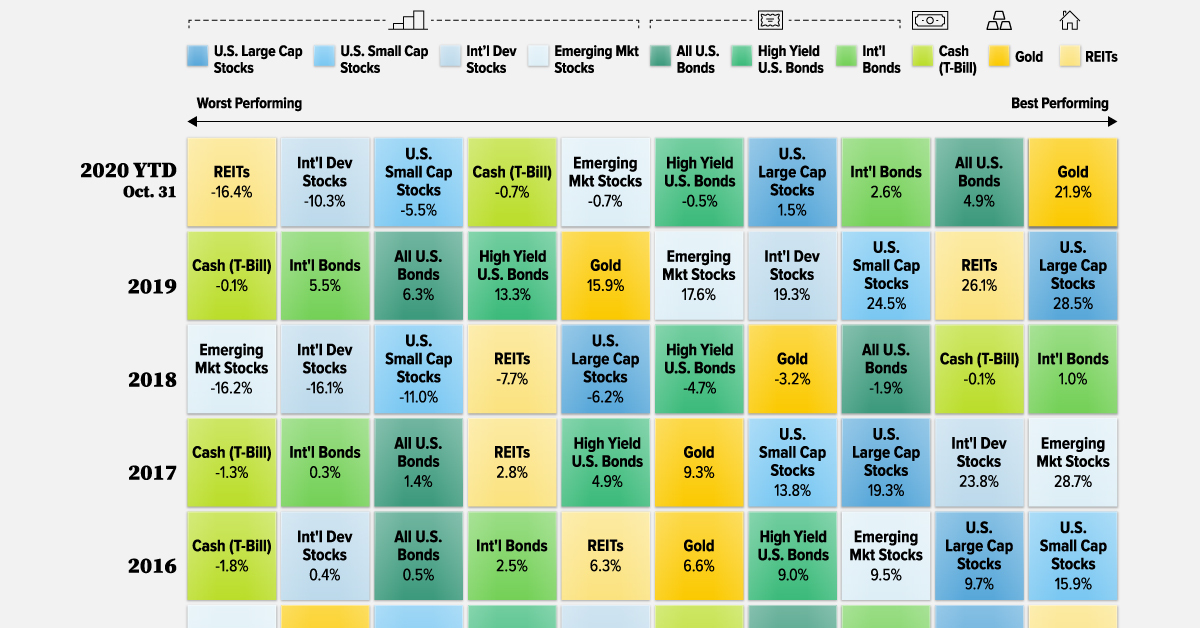