This graphic shows a timeline of when 15 different animals became domesticated, based on archaeological findings. 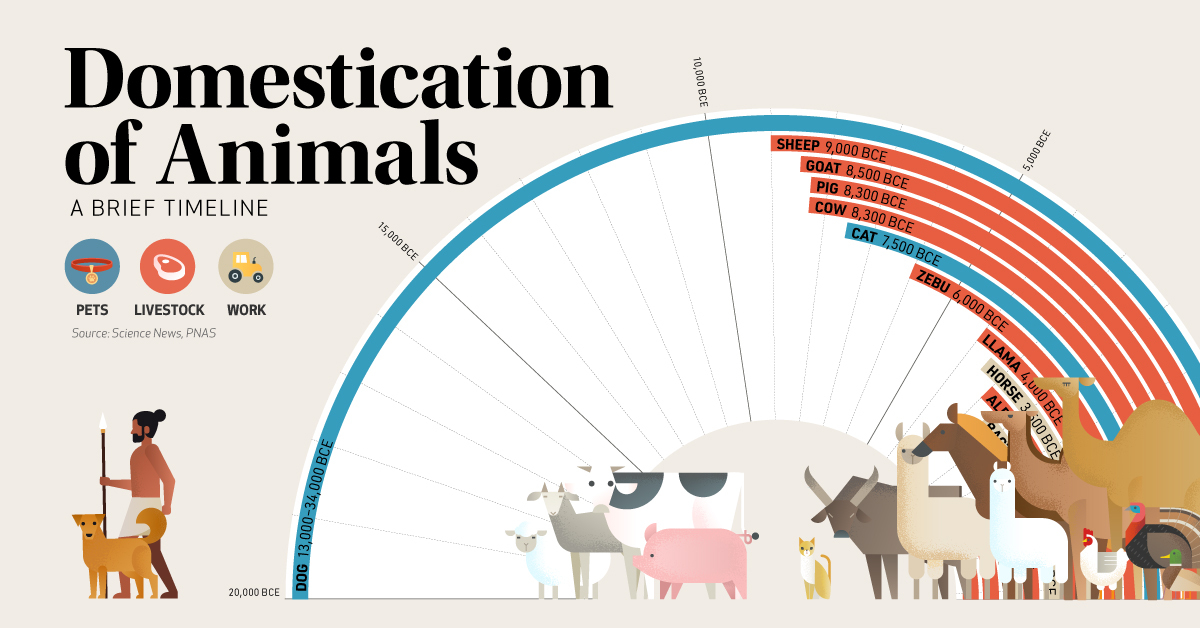