The following content is sponsored by Global X ETFs. 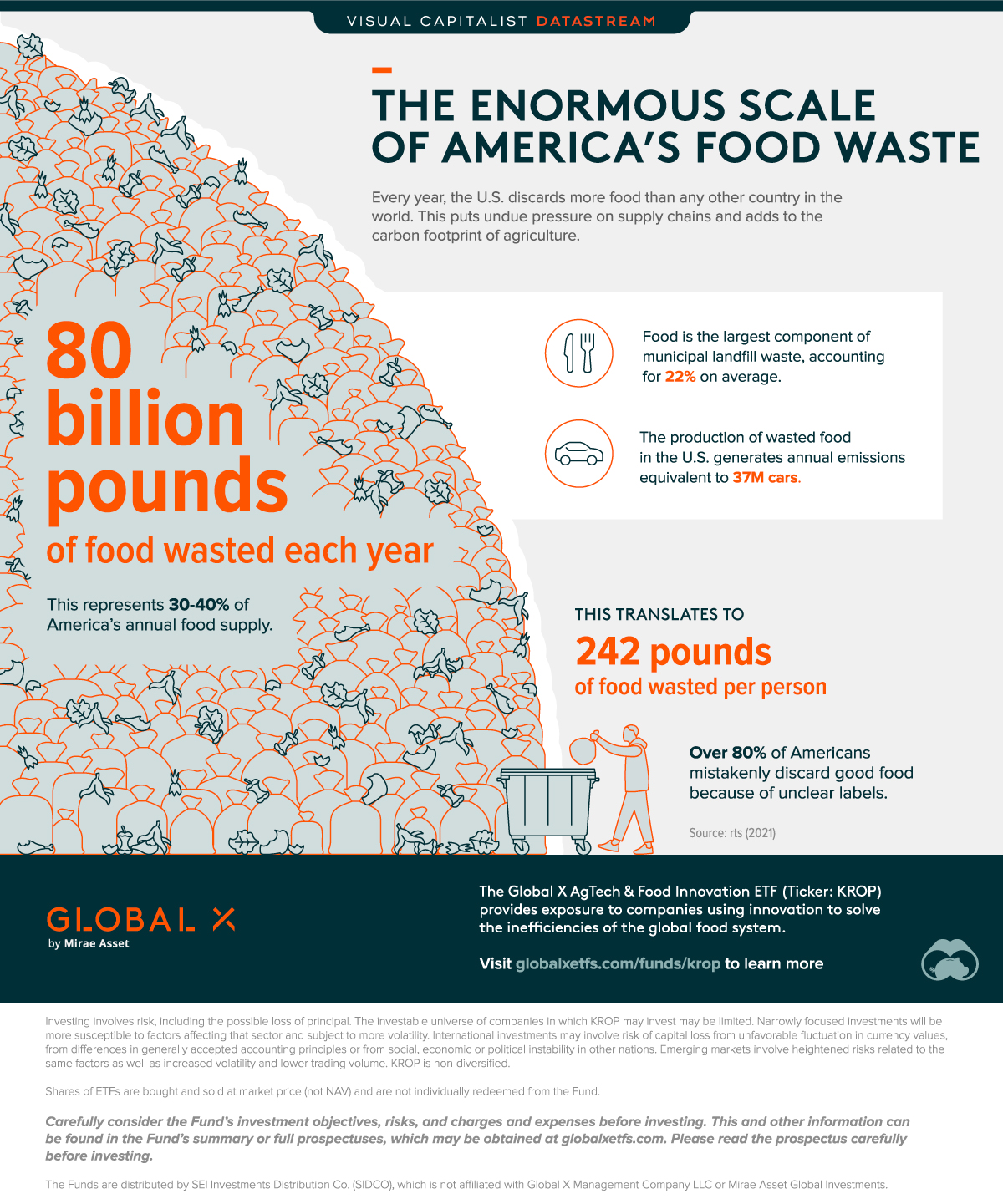 This waste occurs throughout the entire supply chain, though the majority of it occurs in downstream channels like households and retailers. Overall, 80 billion pounds of food is wasted each year, representing 242 pounds of food per person.

In this graphic sponsored by Global X ETFs, we highlight some of the most alarming facts regarding food waste in America.

Percentages may not add to 100% due to rounding.

Surprisingly, households are the biggest source of food waste. One reason for this is people’s habit of overbuying, which naturally leads to large amounts of food going bad.

Another culprit is the lack of standardized packaging—it’s estimated that over 80% of Americans discard edible food because they misunderstand the expiration labels. Consumers should note that such labels are not regulated by the U.S. Food and Drug Administration (FDA).

The second biggest component of food waste is retailers such as grocery stores. According to the Food Industry Association, the average grocery store has over 31,000 items on its shelves. Many of these goods are not sold in time and end up in landfills.

Supermarkets don’t want to sell [food] that’s close to the expiration date because customers won’t buy it. The food is still good if it’s approaching—or even if it passes—the ‘sold by’ date.
– Tom Abinanti, New York State Assemblyman

In 2016, France tackled this issue by becoming the first country to pass food waste prevention legislation. This law mandated supermarkets to sign an agreement with food banks to donate unsold (but still edible) products. Reports pointed out that donation quantities increased by 30% in the following year.

The UN predicts that by 2050, food production will need to increase by 70% in order to match global population growth. Without improvements to existing supply chains, this increase will result in much more waste.

Combined with the need for greater food production, this global challenge represents an opportunity for ESG-minded investors to support the shift to a more sustainable future.