Ranked: The Most Valuable Brands in the World in 2020

Ranking The World’s Most Valuable Brands

Due to its intangible nature, the power of a brand can be difficult to translate to a balance sheet. That said, a brand that truly connects with consumers and stands the test of time can deliver immense financial value.

By quantifying the true value of a brand, investors and key decision makers can identify value that extends beyond quarterly earnings reports.

How much are brands really worth?

A Closer Look at the Leaderboard

With 18% growth in the last year resulting in an eye-watering brand value of $220 billion, Amazon is a clear winner as the world’s most valuable brand—towering over Google and Apple’s brand valuations. As the largest online marketplace on the planet, Amazon relies on innovative technologies and investments in fast-growing sectors, such as healthcare, to create a diverse retail ecosystem.

Although tech companies command five of the top 10 spots in the ranking, brands from more traditional industries are hot on their tails.

Here are the top 100 most valuable brands according to the report:

American retail giant Walmart enters 2020’s top 10 ranking with an impressive brand value increase of 14% to $77.5 billion. The retailer’s recent success could be partially attributed to its growing strategic partnership with Microsoft—which currently sits in sixth place. By tapping into Microsoft’s cloud services, Walmart can now provide a digital first retail experience for its customers.

Another brand that has experienced remarkable growth is China’s leading insurance company, Ping An. With 19.8% growth, resulting in a brand value of $69 billion, the financial conglomerate’s aggressive focus on fintech R&D has garnered the company 200 million retail customers and 500 million internet users—making it one of the largest financial services companies in the world.

While the majority of the world’s most valuable brands hail from the U.S. or China, which brands lead by region?

Most Valuable Brands by Region

Not surprisingly, Amazon leads as the most valuable B2C brand across the Americas, with the exception of Latin America. Beer brand Corona, was crowned as the leader in this region, boasting a brand value of $8.1 billion. In Europe, German companies outperformed other countries, with automotive brand Mercedes-Benz holding the title for the most valuable B2C brand for that continent—despite China being its biggest market.

On the other side of the world, Samsung reigns as Asia’s most valuable B2C brand. The company owns 54% of the nascent 5G market globally, having shipped 6.7 million 5G phones in the last year alone.

Whether brands are regional or global leaders, they still face the threat of being knocked of their perch by brands experiencing significant growth.

With an increase of 65% to $12.4 billion, Tesla is officially the fastest-growing brand in the world. Despite concerns over not being able to keep up with demand, the electric car company is expected to exceed 500,000 vehicle deliveries in 2020. Having recently posted over $7 billion of revenue in the fourth quarter of 2019, the success of Tesla’s innovative models is sure to rattle the automotive brands in the ranking.

However, not everything comes down to innovation. European retailers Lidl and Aldi have seen growth of 40% and 37% respectively, and are only getting started.

After disrupting Europe’s entire supermarket industry by offering quality products at significantly lower prices, the chains now have their sights set on the U.S. market, with Aldi expected to surpass Kroger in sales.

Despite the unprecedented disruption caused by e-commerce, the popular assertion that entering digital operations brings instant success while bricks and mortar stores are doomed for extinction is being proved wrong

In contrast, there are also well established brands that have struggled to retain brand value.

Racing to the Bottom

Chinese search engine Baidu—also known as the Google of China—recorded the largest drop in brand value, decreasing by 54% to $8.9 billion. The brand has struggled with a poor reputation and intensifying market competition. As a result, the brand’s revenues and subsequently its brand value were heavily impacted.

Boeing is a prime example of the unpredictability of brand value. As a company that once imbued trust and excellent safety standards, the brand’s value has dropped by 29% due to the recent reports of accidents that have tarnished its reputation.

The True Power of Brand

Boeing’s recent hardships reflect the volatile nature of brand value. While 244 brands in the entire ranking have increased their brand value year-over-year, another 212 have taken a hit.

Part of a brand’s purpose is to manage reputation, retain loyal customers, and generate awareness. Given that a brand is the sum of its parts, the ranking proves that an issue with any of these things could trigger a chain reaction, negatively impacting a brand’s bottom line.

So is it worth companies investing in their brand? All signs point to yes, for now.

Do You Know Where the British Pound is Heading? 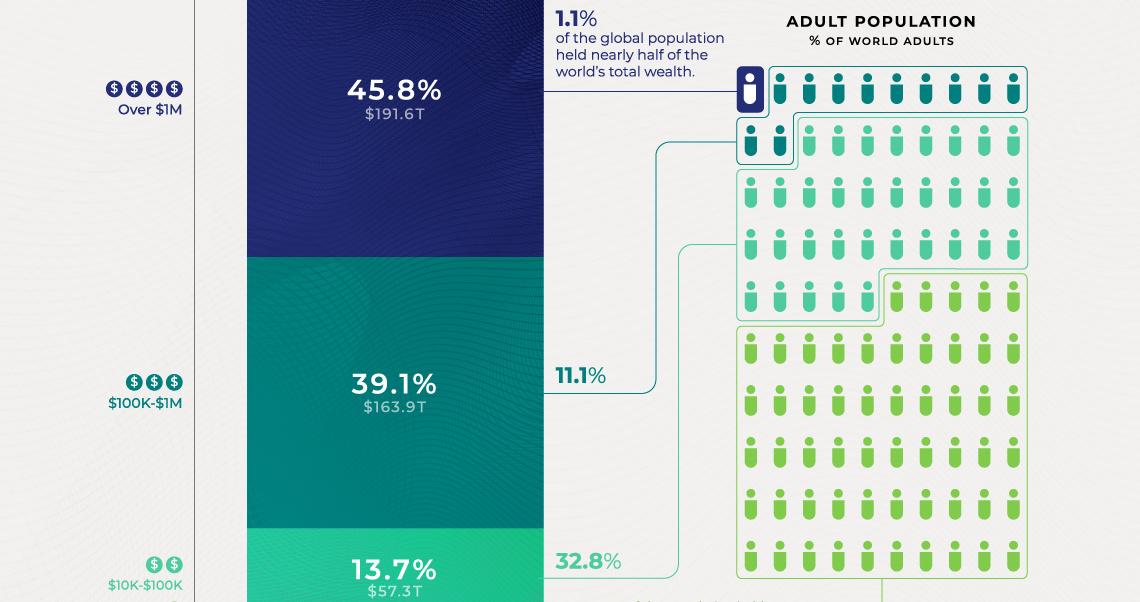