The Oxfam Report is Important, But There's More to the Story

The Oxfam Report is Important, But There’s More to the Story

Prior to the opening day of the World Economic Forum in Davos, Oxfam International made waves with its latest report on global inequality. In particular, one “shock value” finding made headlines: eight men now combine to have the same wealth as half of the world’s population, or 3.6 billion people.

Today’s chart breaks down who these men are and how much they own in terms of assets. But, it also serves as a springboard to dive into a few other thoughts on the Oxfam report, inequality, philanthropy, and eradicating poverty.

When I saw the headline from the Oxfam report, one of my first thoughts was: how many of these billionaires have signed The Giving Pledge?

The Giving Pledge was launched in 2010 by Bill and Melinda Gates and Warren Buffett. It’s stated goal is to “help address society’s most pressing problems” by inviting “the world’s wealthiest individuals and families to commit to giving more than half of their wealth to philanthropy”. So far, it’s been signed by 139 individuals with commitments of $732 billion.

Of the eight people at the top of the wealth pyramid, the majority has signed The Giving Pledge including: Bill Gates (co-founder), Warren Buffett (co-founder), Mark Zuckerberg, Larry Ellison, and Michael Bloomberg.

Three of the eight billionaires haven’t signed the pledge. Jeff Bezos is included in that mix, and he has faced some criticism over the fact. The other two that have not signed yet are Spanish billionaire Amancio Ortega and Mexican business magnate Carlos Slim Helú.

At the end of the day, signing the Giving Pledge is not yet equivalent to “walking the walk” in helping to solve pressing problems like poverty or inequality. However, people like Gates and Buffett have already made a huge difference to charitable causes.

Here’s what Warren Buffett recently said about his fortune:

In my entire lifetime, everything that I’ve spent will be quite a bit less than 1 percent of everything I make. The other 99 percent plus will go to others because it has no utility to me. So it’s silly for me to not transfer that utility to people who can use it.

Buffett is one of the world’s best investors – and if he continues to invest his money wisely into philanthropy, the result will likely be something that even Oxfam can be proud of.

The Poor Are Actually Getting Richer

While the sensational fact that headlined the Oxfam report is certainly alarming and important, it also misses some noteworthy context.

People in many of the world’s poorest nations aren’t getting poorer – they are actually getting much richer. The number of people living in extreme poverty has been cut in half since 1990.

Here’s another way to show it – and perhaps this is where the emotional pain points arise: The poorest and richest cohorts of the global population, along with the Asian middle class, all got much richer over the last two decades.

The American middle class, however, was not so lucky. Median income for 81% of U.S. counties actually peaked back in 1999, and other Western countries are facing similar inequality challenges.

The final chart here is courtesy of Swedish author and historian Johan Norberg, who wrote a sarcastic response to the Oxfam report:

If we don't end neoliberalism we'll see more of what happened in the last 25 years, warns Oxfam. pic.twitter.com/i1CH3dswFY

Oxfam and many others are rightly concerned about inequality. But, for the people that need it most, things continue to get better. Such a narrative is not sexy enough for a click-driven media that thrives on sensational or emotional soundbites.

For more information about the metrics that are continuing to improve, see this post by Peter Diamandis, or this one in Reason.

Here’s one final quote from Norberg worth considering:

Part of our problem is one of success. As we get richer, our tolerance for global poverty diminishes. So we get angrier about injustices. Charities quite rightly wish to raise funds, so they draw our attention to the plight of the world’s poorest. But since the Cold War ended, extreme poverty has decreased from 37 per cent to 9.6 per cent — in single digits for the first time in history.

Chart: Can Uranium Be Great Again? 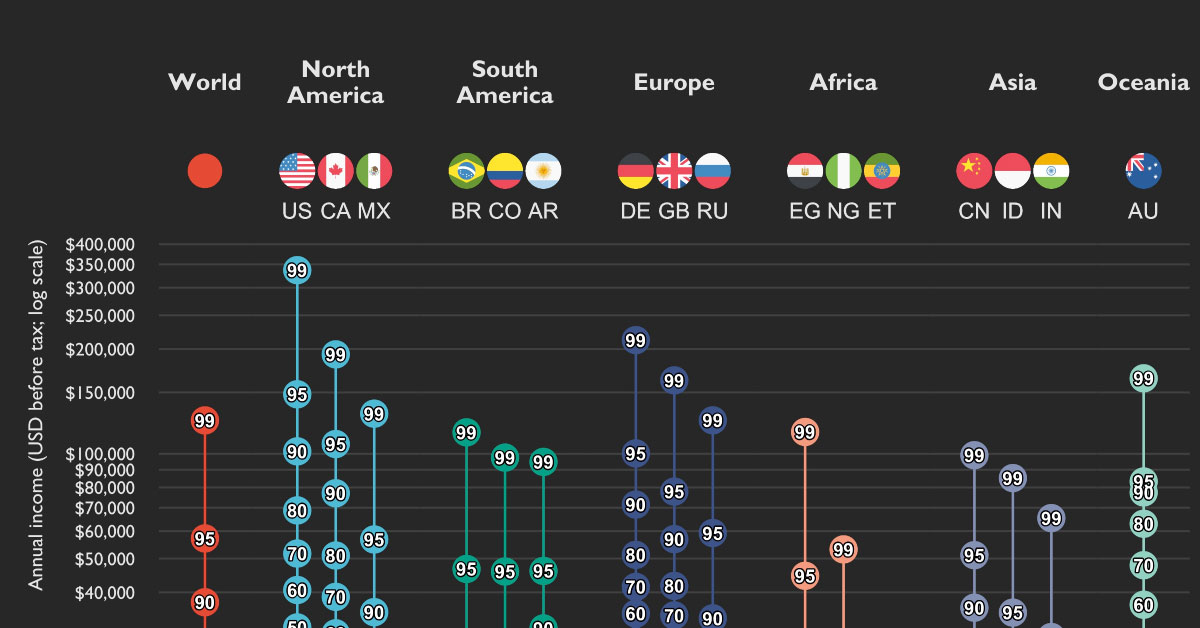