Mapped: Crude Oil Pipelines and Refineries of the U.S. and Canada

Pipelines are the primary method of transporting crude oil around the world, delivering oil and its derivative products swiftly to refineries and empowering reliant businesses.

And North America is a major oil hub. The U.S. and Canada alone are home to more than 90,000 miles of crude oil and petroleum product pipelines, along with more than 140 refineries that can process around 20 million barrels of oil every day.

This interactive graphic uses data from Rextag to map out crude oil pipelines and refineries across the U.S. and Canada, showcasing individual pipeline diameter and daily refinery throughput.

Since 2010, U.S. crude oil production has more than doubled from 5.4 million barrels a day to more than 11.5 million. Meanwhile, the pipeline networks needed to transport this newly produced oil have only expanded by roughly 56%.

Today, the largest pipeline network across the U.S. and Canada (with a diameter of at least 10 inches) is the 14,919 mile network managed by Plains, which spans from the northwestern tip of Alberta all the way down to the southern coasts of Texas and Louisiana.

Enbridge owns the next largest crude oil pipeline network, with 12,974 miles of crude oil pipelines that are at least 10 inches in diameter. The Canadian company, one of the world’s largest oil companies, transports about 30% of the crude oil produced in North America.

These various sprawling pipeline networks initially carry crude oil to refineries, where it is processed into gasoline, diesel fuel, and other petroleum products.

Fort McMurray’s facility is an upgrader, which differs from refineries as it upgrades heavy oils like bitumen into lighter synthetic crude oil which flows through pipelines more easily. Many oil refineries aren’t able to directly convert bitumen, which is extracted from oil sands like those found in Alberta, making upgraders a necessary part in the production and processing of crude oil from oil sands.

The Uncertain Future of New Pipelines in North America

The development of new pipelines remains a contentious issue in Canada and the U.S., with the cancellation of the Keystone XL pipeline emblematic of growing anti-pipeline sentiment. In 2021, only 14 petroleum liquids pipeline projects were completed in the U.S., which was the lowest amount of new pipelines and expansions since 2013.

But domestic energy production is once again in the spotlight due to the U.S. ban on Russian oil imports and Russia’s impending export ban on raw materials. North American consumers are now facing surging gasoline and energy prices as foreign oil is proving to be far less reliable in times of geopolitical turmoil.

It’s important to note that pipelines are not a perfect solution, as leaks and spills in just the last decade have resulted in billions of dollars of damages. From 2010 to 2020, the Pipeline and Hazardous Materials Safety Administration recorded 983 incidents that resulted in 149,000 spilled and unrecovered barrels of oil, five fatalities, 27 injuries, and more than $2.5B in damages.

But over the past five years, liquid pipeline incidents have fallen by 21% while pipeline mileage and barrels delivered have increased by more than 27%. Along with these infrastructure improvements, pipeline developers and operators emphasize the lack of better alternatives, as freight and seaborne transportation are both far less efficient and result in more carbon emissions.

Currently, pipelines remain key components of energy consumption across the U.S. and Canada, and as global energy markets face supply squeezes, international sanctions, and geopolitical turbulence, the focus on them has grown.

Visualizing the History of Energy Transitions 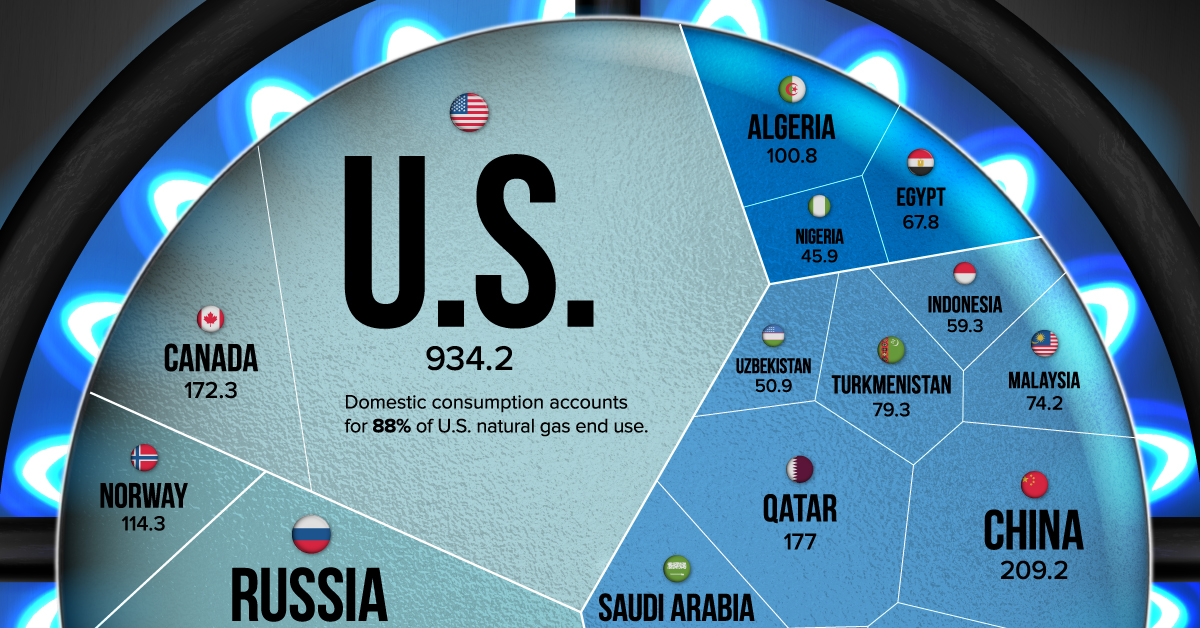