Globalization owes a lot to the humble shipping container.

In the distant past, loading a ship was a complicated affair involving pallets, crates, and winches. This process was labor-intensive and expensive, meaning most goods were simply not worth shipping overseas.

In the 1970s, the standardized shipping container solved this problem on a wide scale and turned the world economy on its head. This standardization drove the cost of shipping down as the efficiency of ports skyrocketed. Modern ports can now move upwards of 70 containers per crane per hour.

It doesn’t matter anymore where you produce something now, because transport costs aren’t important.

With the barrier of shipping costs effectively removed, production began to migrate to countries with cheaper production costs.

China is at the center of this new paradigm: nearly one-third of all global containers move through Chinese ports, and seven of the top 10 ports in the world are all located in China.

Countries Moving the Most Units

Here are the 50 countries with the most 20-foot containers passing through their ports:

The United States is still the number two country in the world in terms of the number of containers handled. Two massive ports in Los Angeles control over a quarter of the North American market share, and the Port of New York & New Jersey is the largest on the Eastern Seaboard.

Except for a brief slip in 2009, the number of containers moving through ports has increased every year this millennium so far. In spite of the recent volley of tariff actions, there appears to be smooth sailing ahead for the growth of containerized shipping.

Over the last two decades, trade between China and Latin America has grown significantly, which has threatened U.S. dominance in the region. Over the past 20 years, China’s economic presence around the world has grown significantly, including in Latin America.

Now, China is one of Latin America’s largest trade partners, which is threatening U.S. dominance in the region. This graphic by Latinometrics uses IMF data to show trade flows between China and Latin America since the 1980s.

Here’s a look at total trade flows between Latin America and the two countries since 1980. Latinometrics calculated trade flows as total exports plus imports.

Things stayed relatively stagnant until the early 2000s. Then suddenly, at the start of the new millennium, trade between China and Latin America started to ramp up.

This uptick was driven largely by Chinese demand for things like copper, oil, and other raw materials that the country needed to help fuel its industrial revolution.

Momentum has continued for two decades, and now China is the top trading partner in nine different Latin American countries. In fact, in 2021, imports and exports between China and Latin America (excluding Mexico) reached $247 billion—that’s $73 billion more than trade flows with the United States that same year.

Trade between China and Latin America is expected to keep growing, at least for the time being. By 2035, trade flows between the two regions are projected to more than double, according to World Economic Forum.

China’s trade takeover of Latin America speaks to a wider trend that’s happening on a global scale—over the last two decades, China has surpassed the U.S. as the world’s largest trading partner.

While China is likely to remain the world’s leading trade partner for the foreseeable future, growth is likely to slow in the short-term, given ongoing supply chain issues and geopolitical tensions that have disrupted the global economy. 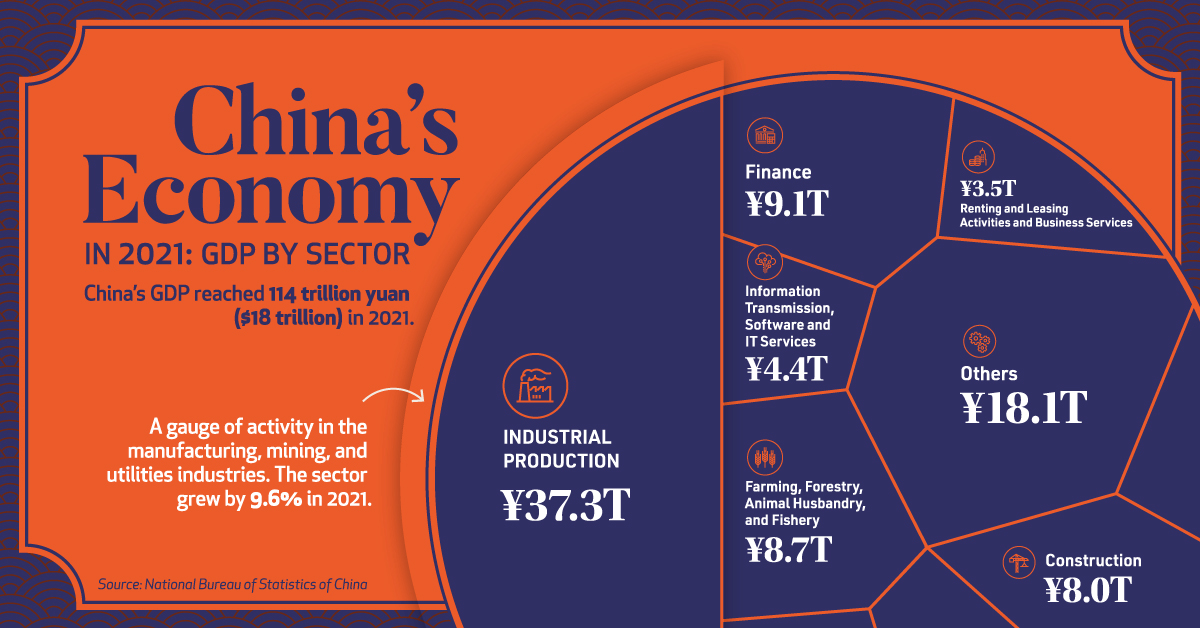