How coal went from hero to zero in just five short years.

There was a time in the not so distant past that coal was the unquestioned all-star of the energy mix.

Just over a decade ago, coal-fired power generated more than 50% of U.S. electricity. Coal is cheap and found almost everywhere, but it’s also extremely easy to scale with. If you need more power, just burn more coal.

However, the decline of coal has been swift and unprecedented. That’s why it is expected that by 2020, only 22% of electricity will be generated from the fossil fuel.

What’s Behind the Decline of Coal?

While there is obvious environmental pressure on miners and utilities in the coal business, the number one coal killer is an unlikely source: hydraulic fracturing and horizontal drilling.

These two technologies have led to a natural gas supply boom, making the United States the top natural gas producer in the world. From 2005 to 2010, natural gas mostly traded in a range between $5-10 per mcf. Today, excess supply has brought it to a range between $2-3 per mcf, making it extremely desirable for utilities.

This year, for the first time ever, natural gas has surpassed coal in use for power generation in the United States. The EIA expects natural gas and coal to make up 33% and 32% respectively in the energy mix for 2016.

How the Mighty Have Fallen

Not surprisingly, shrinking demand has led to a collapse in coal prices.

The decrease in revenues have slashed margins, and now equity in some of the biggest coal miners in the world is almost worthless. Similar to some oil and gas companies, many coal miners accumulated major debt loads when prices were high and demand seemed sustainable.

Now major US coal miners such as Peabody Energy and ArchCoal have been obliterated:

The top four miners have lost over $44 billion in market capitalization from their recent peaks in 2011.

That’s an astonishing 99.9% decrease in value, and possibly exemplifies the decline of coal better than anything else.

Brexit Fever Spreads: Austria and Holland are Next Up to Leave EU

How big is the world’s nuclear arsenal? Here are the stockpiles of the nine countries with nuclear weapons. 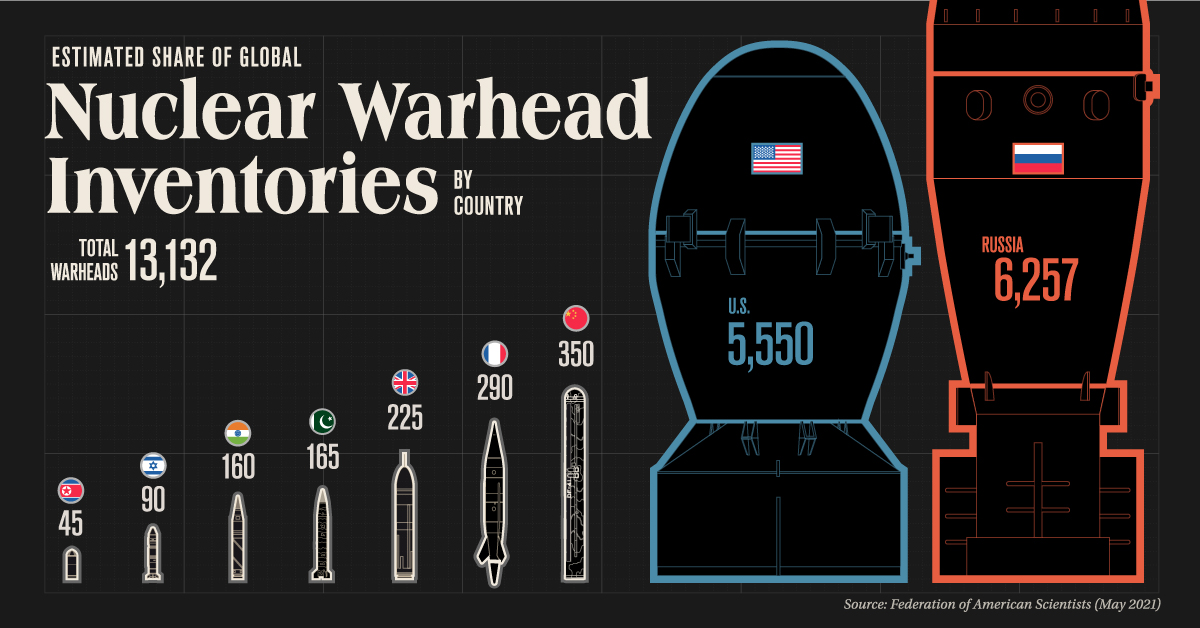