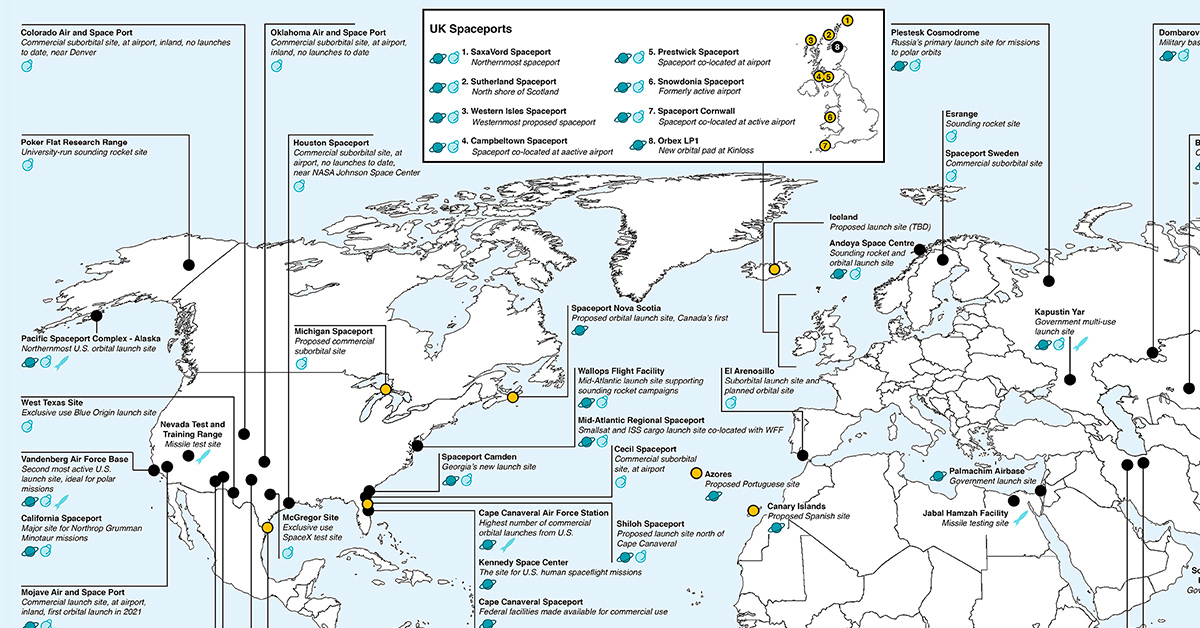 Animated Map: Where to Find Water on Mars

This new planet-wide animated map, based on a decade of space agency research, shows where water can be found on Mars. The hunt for water on Mars has always been a point of interest for researchers.

Earth has life almost everywhere water exists. Water is an ideal target for finding lifeforms, like microbes, that may exist on other planets.

And if Mars is to become a future home, knowing where water exists will be necessary for our survival.

Both NASA and the European Space Agency (ESA) have special instruments searching for water on the red planet. After 10 years of in-depth investigation, their latest findings suggest a new “water map” for Mars.

Where Did the Water Go?

Many people know Mars as a dry and dusty planet, but it hasn’t always been that way.

Approximately 4.1 to 3.8 billion years ago, Mars had a massive ocean called Oceanus Borealis. It dominated the northern hemisphere of the planet. Specific planetary conditions at that time let water exist on its surface. Changes in temperature, climate, and geology over the years gradually pushed water out to the atmosphere or into the ground.

Up to 99% of this ocean water is trapped within the planet’s crust, locked within special rocks called hydrous minerals.

Hydrous minerals are essentially rocks that have water (or its two main elements, hydrogen and oxygen), incorporated into their chemical structure.

There are four main classes of hydrous minerals: silicates, sulfates, silicas, and carbonates. While these minerals look pretty similar to the naked eye, their chemical compositions and structural arrangements vary. They are detectable by sophisticated equipment and can tell scientists how water geologically changes over time.

The new water map of Mars actually highlights the location of these hydrous minerals. It is a geological map of the rocks that are holding what remains of Mars’s ancient ocean.

Other Sources of Water on Mars

Despite being a “graveyard” for the bulk of the planet’s ocean, hydrous minerals are not the only source of water on Mars.

Water ice is present at both of Mars’s poles. The northern polar ice cap contains the only visible water on the planet, while the southern pole covers its water with a frozen carbon-dioxide cap.

In 2020, radar analyses suggested the presence of liquid water, potentially part of a network of underground saltwater lakes, close to the southern pole. In 2022, new evidence for this liquid water suggested that the planet may still be geothermally active.

More frozen water may be locked away in the deep subsurface, far below what current surveying equipment is able to inspect.

Mapping Out the Next Missions

The new water map is highlighting areas of interest for future exploration on Mars.

There is a small chance that hydrous minerals may be actively forming near water sources. Finding where they co-exist with known areas of buried frozen water provides possible opportunities for extracting water.

ESA’s Rosalind Franklin Rover will land in Oxia Planum, a region rich in hydrous clays, to investigate how water shaped the region and whether life once began on Mars.

Many more investigations and studies are developing, but for now, scientists are just getting their toes wet as they explore what hydrous minerals can tell us of Mars’s watery past.