As young generations usher into adulthood, they inevitably begin to accumulate and inherit wealth, a trend that has broadly remained consistent.

But what has changed recently is the rate of accumulation.

In the U.S., household wealth has traditionally seen a relatively even distribution across different age groups. However, over the last 30 years, the U.S. Federal Reserve shows that older generations have been amassing wealth at a far greater rate than their younger cohorts.

As the visual above shows, the older have been getting richer, and the younger have been starting further back than ever before.

To examine the proportion of wealth each generation holds, it’s important to clearly define each age group. Though personal definitions might differ, the U.S. Federal Reserve uses a clear metric:

Relative to younger generations growing up, the Silent Generation and Greatest Generation before them have seen a decreasing share of household wealth over the last 30 years.

However, the numerical levels have been relatively stable. For these combined generations, total wealth has gone from $16 trillion in 1989 to $19 trillion in 2019, with a peak of $27 trillion in 2007. Considering this cohort has understandably shrunk over time—from an estimated 47 million to 23 million in 2019—their individual shares of wealth have actually increased.

Immediately following are the Baby Boomers, who held more than half of U.S. household wealth towards the end of 2020. At $59 trillion, the generation holds more than ten times the amount held by a comparative number of Millennials.

With $29 trillion held in 2019, Generation X has also been gaining in wealth over the last 30 years. It’s good enough for five times the wealth of Millennials, though at just $440k/person, they’ve fallen far behind Baby Boomers in rate of growth.

Finally, trying to catch up to their older cohorts are Millennials, who held the least amount of household wealth ($5 trillion) for the greatest population (73 million) in 2019, an average of just under $69k/person.

For a direct comparison, it took Generation X nine years to climb from their start of 0.4% of household wealth in 1989 to above 5%, while Millennials still haven’t crossed that threshold. But it’s not all doom and gloom for Millennials. Their rate of growth is starting to rise, with the generation’s level of wealth climbing from $3 trillion in 2016 to $5 trillion in 2019.

Though the generational picture is stark, the difference in U.S. household wealth by age makes the picture of shifting wealth even clearer.

Since that time, however, the shift in wealth to older generations is clear. The 70+ age group has seen their share of wealth increase to 26%, while the share held by ages 55-69 has grown from 35% to almost half.

But not all ages are seeing an increasing slice of wealth. The 40-54 age group saw its share drop sharply from 36% to 22% between 2001 and 2016 before starting to recover towards the end of the decade, while the youngest cohort now hover around just 5%.

Breaking down that wealth by components is even more eye-opening. The 39 and under age group holds 37.9% of their assets in real estate, the largest share amongst any age group (and concentrated in the hands of fewer people) while older age groups have their wealth spread out across real estate, equities, and pensions.

But the difference is as much in assets as it is in opportunity. In 1989, Baby Boomers and Generation X under 40 accounted for 13% of household wealth, compared to just 5.9% for Millennials and Generation Z under 40 in 2020.

Will the Tide Turn for Generation Z?

As new and accumulated wealth has been built up in older generations, it’s a matter of time before the pendulum starts to swing the other way.

The Millennials age group are expected to inherit $68 trillion by 2030 from Baby Boomer parents. Of course, that payout isn’t going to be even across the board, with wealthier families retaining the bulk of wealth and the majority of Millennials laden with debt.

And with Generation Z (born 1997-2012) starting to come of age, the uneven playing field is making it hard to begin accumulating wealth in the first place.

Since it is in the best interest of societies to have wealthy generations that can drive economic growth, potential solutions are being examined all over the political sphere. They include different taxation schemes, changing estate laws, and potentially cancelling student debt.

Whatever ends up happening, it’s important to track how the distribution of wealth changes over the coming decade, and begin accumulating your personal wealth as best as you can.

5 Big Picture Trends Being Accelerated by the Pandemic 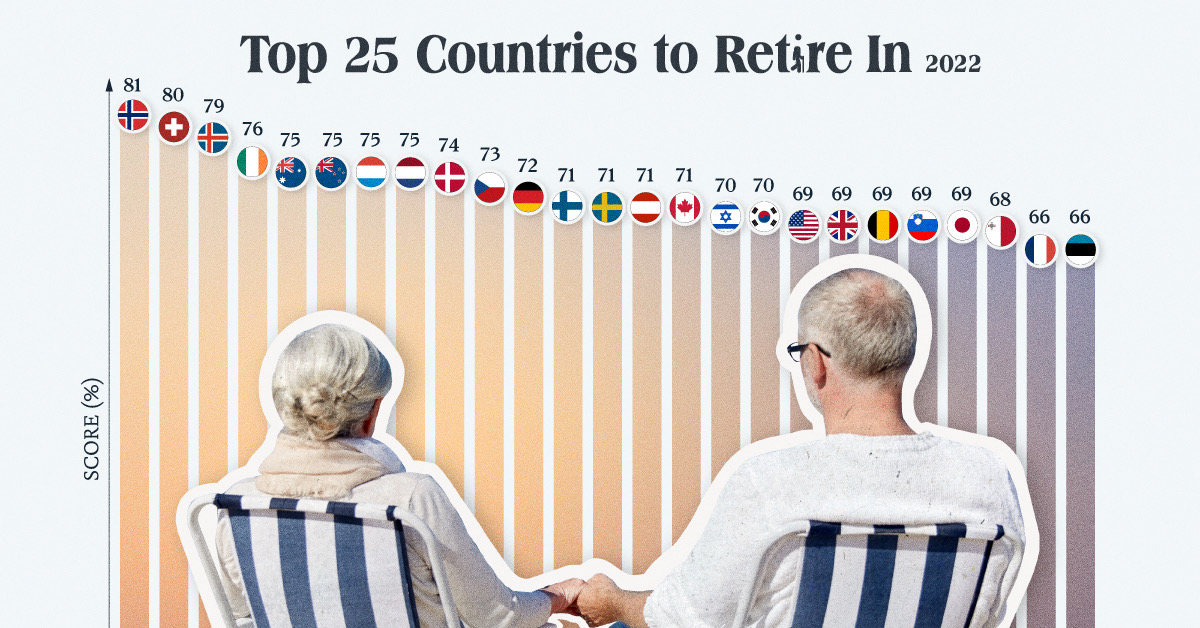