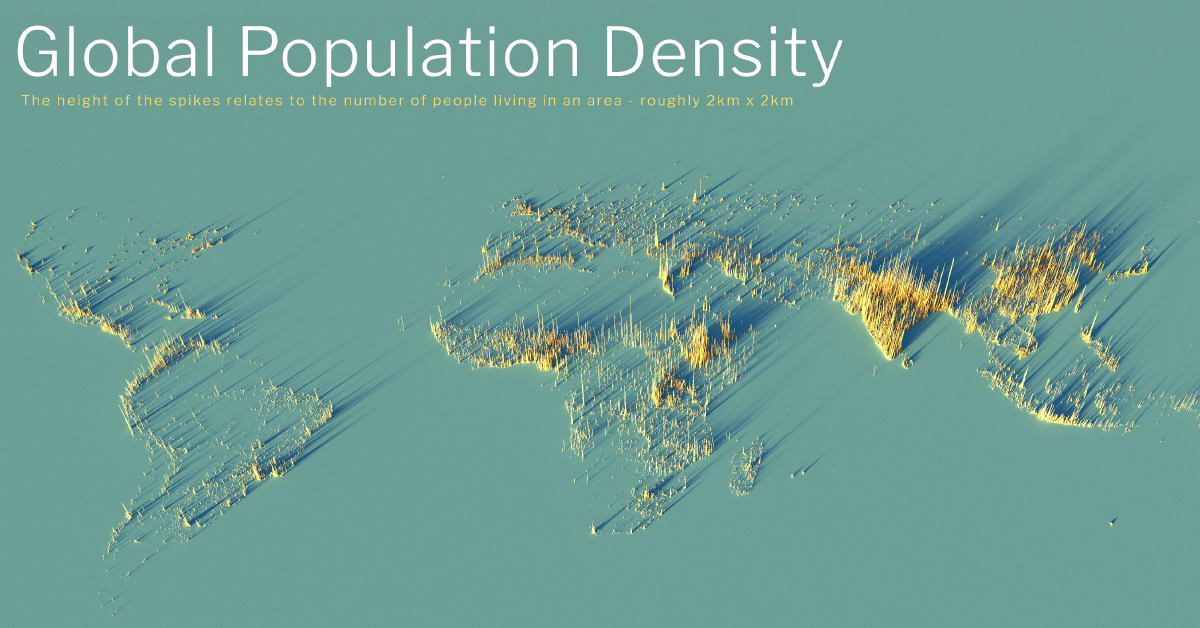 It can be difficult to comprehend the true sizes of megacities, or the global spread of nearly 7.8 billion people, but this series of population density maps makes the picture abundantly clear. As the full global density map at the top of the page highlights, the population patterns can accurately illustrate some geographic patterns and constraints, while others need further exploration. For example, the map clearly gives an outline of Africa and the sparse area that makes up the Sahara Desert. At the same time, landmasses like Australia and New Zealand are almost invisible save for a few clusters along the coast.

Ranked: The Most Popular Websites Since 1993 Most people have had bad bosses, but is your boss toxic? This flowchart helps you discover if you have a toxic boss and what to do about it. 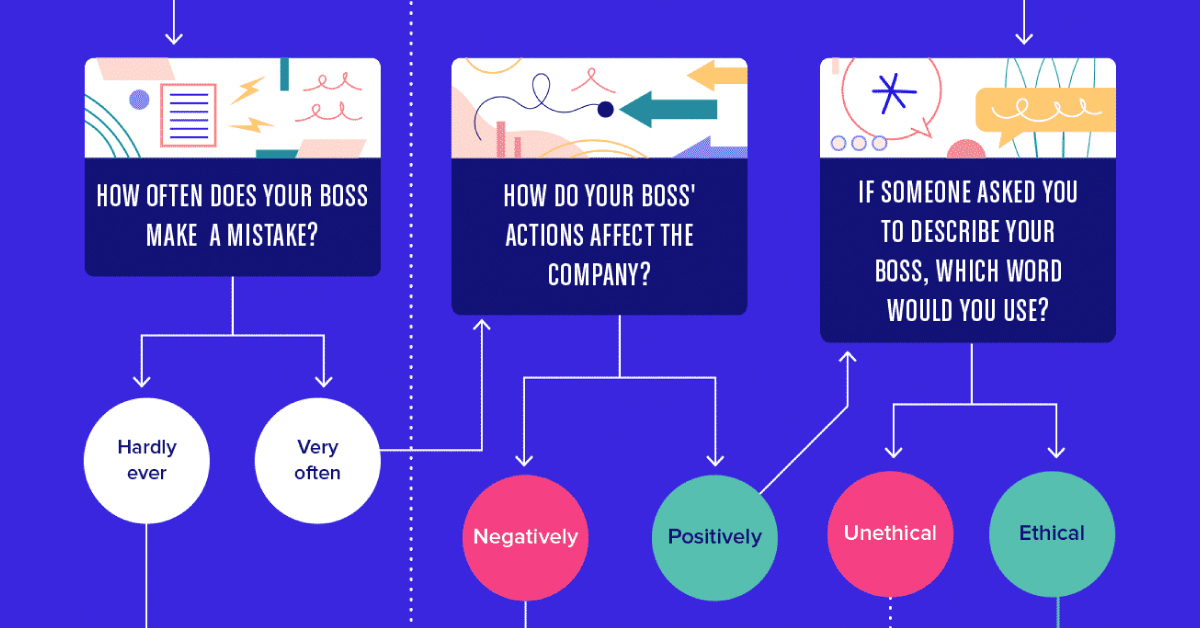 The experience of less-than-ideal work situations are common, and the global pandemic has likely heightened challenges for bosses and employees alike. How can mediocre or outright hostile leadership impact your ability to work well?

This flowchart from Resume.io helps you figure out if you’ve got a toxic boss weighing you down. It covers seven archetypes of toxic bosses, and how to respond to each one.

The 7 Types of Toxic Bosses

Barbara Kellerman, a professor of public leadership at the Harvard Kennedy School identifies seven types of toxic bosses that can exist.

Some bosses simply don’t have the capacity to do their jobs, which makes it more difficult for their employees. Others can be corrupt or callous, creating a highly unmotivating work environment.

But how many people are in this situation?

To give a few quick examples, around 13% of all employees in Europe work under a toxic boss. In the U.S., a whopping 75% say they have left a job primarily because of a bad boss.

What’s so Bad about a Bad Boss?

Bosses can make or break your job experience. Having a toxic boss can cause your quality of work to suffer, which can then trickle down to impact your overall career.

In fact, Harvard Business Review found that a toxic work environment can lead to decreased motivation and employee disengagement. This has significant knock-on effects such as:

According to the same study, this can cause companies to have 16% lower profitability and a 65% lower share price over time.

The physical side effects are not to be underestimated, either. One Swedish study found that a bad boss who increases your job strain can, in tandem, increase your chance of cardiac arrest by 50%. Additionally, a study out of Stanford found that mismanagement in the American workplace and subsequent stress could potentially be responsible for 120,000 deaths per year.

Tips to Deal with a Toxic Boss

Bad bosses can hurt the company, the overall work environment, and can impact your professional growth and personal health.

So, what can you do about it?

Different kinds of bosses require different approaches, and some simply aren’t worth putting up with. For instance, taking initiative with an incompetent boss is one relatively easy solution, but having a 1-on-1 with a callous boss takes more effort. An evil boss requires intervention from HR.

If you don’t have a toxic boss, consider yourself lucky. Here are two ways to keep your working relationship strong:

What Can Bosses Do?

Toxic bosses can have disastrous consequences on employees and companies. According to one Gallup survey, at minimum, 75% of the reasons for voluntary turnover can be influenced by managers.

After looking at some of the ways employees can address toxic bosses, how can bosses ensure their work environment is healthy? Harvard Business Review recommends four main things:

The future of work may be changing, with remote work becoming more popular and feasible. This can pose problems in creating a strong work culture.

However, if bosses and employees can work together to foster a positive and healthy work environment, everyone, including the bottom line, will benefit.